Today we know Triumph as a wonderful, almost stereotypical, robust sports car. The drive is based on that of the very successful Fergusson tractors. By omitting the PTO, however, they became good roadsters. Did you know that we can also offer most of the limousine parts? You can find parts for your favourite roadster by selecting the vehicle type from the list on the left. Alternatively just click on the corresponding picture. 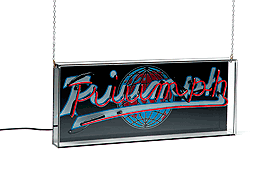