Ferdinand Porsche developed the "Kraft durch Freude" Wagen. But it was Major Ivan Hirst, an REME engineer, who made the car a real Volkswagen. Hirst saw the cars qualities and brought its production on the way. Due to its simplicity and its outstanding build quality the Volkswagen Typ 1 became a worldwide success. 25 years later this huge success was its biggest problem: The product Volkswagen was outdated in all variants, and there was nothing else marketable visible on the horizon.

Rudolf Leiding saved the Wolfsburg company by rebadging all models he found in the leftovers of the recently bought NSU-Auto Union. There was an NSU K70, a usable Audi 80 and a marketable Audi 50 that led the way to a new product range. Passat, Golf and Polo saved the brand Volkswagen and made it the worlds largest manufacturer today. 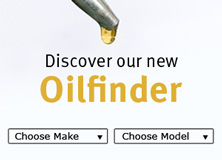