The Silver Spirit became the successor of the Silver Shadow in 1980. Already since 1972 the team around John Hollings developed this vehicle. Floor assembly and engine were adopted largely unchanged. The body was developed by Fritz Feller. The low waistline and the considerably enlarged window areas gave a modern and contemporary appearance to the vehicle. The then current W116 from Mercedes was used as a design reference.

The body of the Silver Spirit was no longer available as a coupe or convertible, but in response to changing market requirements there was a special protection variant. Due to the long construction period of the model until 1998 the expert distinguishes four series from Mk1 to Mk4, whose variants were partly sold under different model names. Inquiries to these vehicles please with chassis number. A total of 18,989 examples of the Silver Spirit have been produced. The Bentley models were called Mulsanne and some of them were much more sporty than their Rolls Royce siblings. Remarkable is the Mulsanne Turbo, whose Garret loader accelerated the car impressively in 7 sec. to 100km/h. 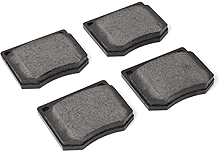